In this blog, we take a closer look at the energy consumption of NB-IoT and LTE-M. Any energy savings do not come by themselves. The IoT developer has to choose the right AT commands and the right protocol with the right strategy. Sometimes constraints mean that we also have to do without NB-IoT and LTE-M and take a different path. Have fun reading and learning.

So what can GSM do?

In 1979, the 900 MHz frequency range was reserved for a mobile radio system for voice communication without a name. This range was later extended to 1800 MHz in Europe and 850 MHz and 1900 MHz in the USA. In 1982, the CEPT (Conférence Européenne des Postes et Télécommunications) set up a working group called the „Groupe Spéciale Mobile“, or GSM for short. The goal was to develop a European mobile radio system. With the later worldwide spread of the technology, the meaning of GSM was changed to „Global System for Mobile Communications“. It was not until 1995 that fax, Circuit Switch Data (CSD), Short Message Service (SMS) and other functions were added in a second phase for data transmission. The packet-switched data service General Packet Radio Service (GPRS) was only added in 2000. GPRS enabled access to the Internet. After that came EGPRS. The original idea of GSM was a digital radio network for voice communication without the known problems from the analogue radio networks. All carriers for transmitting data were added later.

So what is NB-IoT?

NB-IoT is a radio network within a radio network. It is operated in the same frequency band as LTE. NB-IoT was specified from the start to operate on battery power and cannot transmit voice communication.

In 2014, Neul in the UK came up with the idea for a scalable, secure, robust and economical region-wide radio technology for network operators. For this purpose, the radio protocol for the licence-free band called Weightless was changed. The pre-existing protocol was adapted to the licence-required bands of mobile radio. The goal was to provide network services for small devices with low power consumption and connection to the cloud. Compared to GPRS, this new technology had a 20 dB higher link budget and thus better network coverage. The radio technology could operate in any frequency band below 1 GHz. Such a Neul-Weightless network required a frequency spectrum of only 180 kHz as the network within the network. A GSM subcarrier or 200 kHz within the LTE spectrum was enough. Neul offered small, powerful radio modules and the base station.

If you look closely, you can see the NB-IoT specification in the wording. NB-IoT uses only 180 kHz in a free spectrum within the LTE frequency band for 12 channels. The 20 dB greater link budget over GPRS is also found in NB-IoT. Huawei recognised the benefits of Weightless and bought Neul in September 2016. The world’s first NB-IoT chipset was launched by Huawei subsidiary Hisilicon called Boudica 100 in December 2016. In 2022, we have already arrived at the third generation NB-IoT chipset.

Below we explain how NB-IoT saves energy.

With RAI, the NB-IoT network is informed that no receipt of data is expected after sending. Water meters, bins for recyclables and many other IoT sensors do not require an acknowledgement after sending status. If the status of the meter or the fill level is lost, it doesn’t matter because a new status is transmitted 12 or 24 hours later anyway. Shutting down the receive window saves up to 50 % of the energy of a data packet. If alarm messages with acknowledgements are required in some circumstances, RAI can be switched on and off dynamically.

To use RAI, NB-IoT with UDP or CoAP/UDP must be used. TCP and MQTT are based on TCP and so cannot work without acknowledgement. All other protocols based on TCP are therefore not suitable for energy-saving with RAI.

The eDRX operating mode enables continuous receive operation. The procedure is not new and has been used with pagers for decades. A Pocsag pager wakes up briefly every few seconds and checks whether a message is received. If it recognises from the group address that the message is not for it, it does not read in the complete address and immediately aborts the receive operation. With NB-IoT, there is also periodic continuous receiving (paging) with eDRX. In contrast to Pocsag, the reception window for paging is not statically set to seconds but can be dynamic from 20.48 to 10485.76 seconds (~175 minutes). The NB-IoT device informs the base station of the timer for the eDRX, receives an acknowledgement and is then periodically reachable.

NB-IoT, like Bluetooth Low Energy (BLE), NeoMesh and Pocsag, requires little energy. The four wireless technologies save energy by switching off in an intelligent way. Switching off and not receiving saves the most energy. NB-IoT, Bluetooth Low Energy, NeoMesh and Pocsag pagers can receive continuously with little energy because the receiving operation is synchronised via precise timers. This is called eDRX in NB-IoT. PSM is just a smart switch off without really switching off. RAI is just a smart send without opening a receive window.

The IoT developer must dynamically switch on or switch over the functions PSM, RAI and eDRX themself to achieve the best balance of minimal energy consumption for a given application’s communication needs. The same applies to searching for the radio network or switching from NB-IoT to LTEM and vice versa. LTEM modules offer the same timers. When to switch and how can be read in my guide to NB-IoT, LTEM and GSM to find the best strategy for your IoT application.

Simply put: MQTT can do practically nothing and LwM2M can do everything.

So what can MQTT do?

Message Queuing Telemetry Transport (MQTT) can, as the name suggests, only transport data with 14 control commands. Unfortunately, MQTT does not transport the data in an energy-optimised way for battery-operated devices. MQTT is a compromise between energy-saving and safety when transporting data. Compared to the relatively energy-hungry HTTP protocol, MQTT requires less energy. HTTP was developed to transfer web pages based on TCP and therefore does not need to save energy. TCP is inherently very hungry because it repeats packets if there is no acknowledgement. Unfortunately, with MQTT, only the complex page description language HTML has been trimmed and the main problem caused by TCP has not been eliminated. MQTT makes it possible to work on the protocol layer with and without acknowledgements. The layer below is TCP and continues to acknowledge. In addition, TCP servers have a time-out that can often not be met via radio protocols. #NBIoT and #LTEM with a latency of up to 20 seconds are difficult to use with high energy consumption. The Power Save Mode (PSM) with up to 310 hours and Extended Discontinuous Reception (eDRX) of up to 40 minutes cannot be operated at all with MQTT. The developers had a good idea in 1999 but unfortunately missed the chance to develop the MQTT protocol on User Datagram Protocol (UDP) instead of TCP.

What can CoAP do?

CoAP was published 10 years later in December 2009 as „CoAP Feature Analysis draft shelby 6lowapp coap 00„. Like MQTT, it can transport data. It was specified as a transmission protocol for use in restricted networks and nodes for M2M applications. These constrained nodes often use 8-bit microcontrollers with little memory. Wireless networks such as 6LoWPAN often have a high packet error rate. The special conditions and packet loss were taken into account in the specification of CoAP by its fathers from the 6LoWPAN world. CoAP used UDP instead of TCP. It has only four control commands (Get, Put, Delete, Post). UDP does not acknowledge in its protocol layer. An acknowledgement is only made one level higher with CoAP. Within CoAP, commands can be sent with or without an acknowledgement. Because the fill level of a tank or a water meter is sent cyclically, an acknowledgement is usually unnecessary. A packet loss is not critical. Since CoAP on UDP or SMS has no time-out, a few minutes delay with SMS or hours and days with NB-IoT PSM and NB-IoT eDRX are no problem. NB-IoT Release Assistance Indication (RAI) immediately switches off the receiver after sending and thus fits perfectly with CoAP without acknowledgement. CoAP is therefore the perfect match NB-IoT and LTE-M. The first version of the specification comprising 14 pages has grown to 110 pages over several adaptations since 2013.

What can LwM2M do?

LwM2M, unlike MQTT and CoAP, is much more than just a transmission protocol for data. In order for LwM2M to perfectly serve the new low-energy radio protocols NB-IoT and LTE-M, CoAP/UDP and SMS were chosen in version 1.0. This ensures that NB-IoT can be used perfectly with PSM, eDRX, and RAI. In the newer versions of LwM2M, LoRaWAN, CoAP/TCP and even MQTT have since been added. Devices with MQTT can thus be easily integrated into LwM2M. One of the key features of LwM2M is device management. Since LwM2M was influenced by mobile network operators at the OMA, their experience in managing wireless phones has been taken into account. Registration with the LwM2M server is possible very securely in various ways. The commissioning of a device with bootstrap is also standardised under LwM2M. Necessary FOTA is also managed by the server. The communication of a device is standardised with profiles and resources. Through the mandatory profiles Security, Server, Device and Location, any LwM2M device from any manufacturer can communicate with any LwM2M server on our beautiful blue planet. After successful registration, the LwM2M server interrogates the device and from that point knows whether it is a water meter, presence detector, level meter or tracking device, for example. A device can also support several profiles in parallel.

LwM2M supports many protocols for transmission and was specified in the first version on CoAP/UDP. Contrary to MQTT, it was planned from the beginning for devices with batteries and low energy consumption. LwM2M handles device management, bootstrapping, firmware update over the air and communication via profiles.MQTT does not offer all this. MQTT has never been optimised for the lowest energy consumption and nothing is regulated and standardised except transport. Any company aiming for extensive digitalisation has a good starting point with LwM2M. Perhaps we will soon see the launch of a rocket to Mars, with firmware update via LwM2M. The transit time of about 3 to 22.3 minutes from Mars to Earth is no hurdle for LwM2M. Even signals from Neptune with a 4-hour delay can be solved with this genius protocol.

PSM, RAI and eDRX is supported by LwM2M. The IoT developer just needs to insert the right AT commands in the LwM2M stack and choose their appropriate strategy.

We are happy to provide you the best fit SIM – just ask: 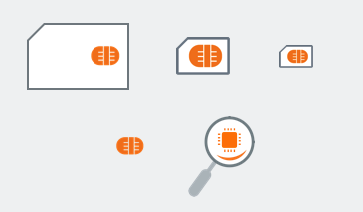